Back in 1981, when I was 18, I got to meet Clifford D. Simak in Denver, Colorado at the 39th Annual World Science Fiction Convention. He was an effervescent old man with an absolutely infectious smile. I didn't really know who he was or what he had written as my tastes were narrower and a little less refined in those days.

It's a shame, because at this point it's a little late in the day to thank him.

One of the first books of his I read, a few years after meeting him, was City - a novel composed of linked short stories written between 1944 and 1951. It had a very profound effect on me with its folksy robots tending the gardens of an Earth wholly deserted by Mankind, left to the by-then-sentient Dogs and of course the industrious Ants.

The richness of his characters and depth of his stories has stayed with me through the years and the palpable warmth and humanity of his words still speak to me across time and space.

Thanks Clifford, wherever you are, I drew this for you: 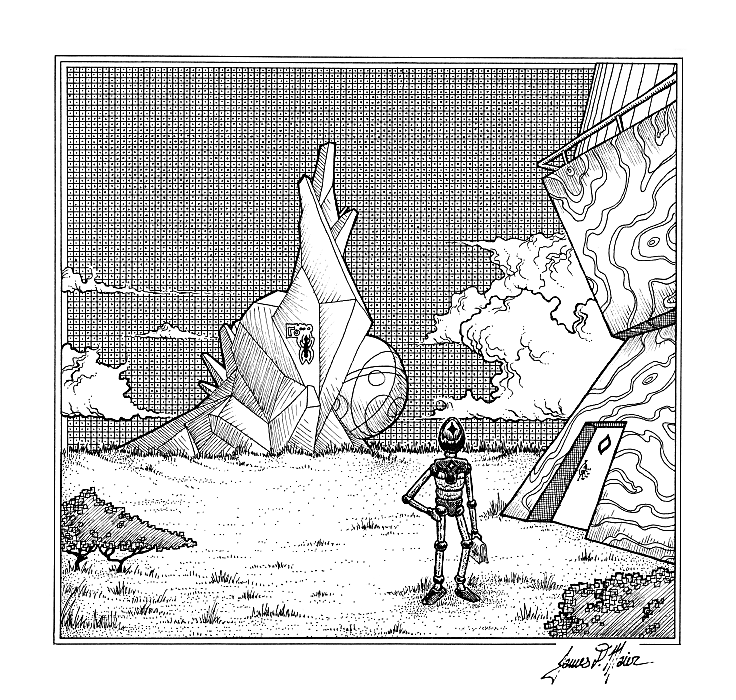 Here is the preliminary artwork for my forthcoming album of songs:

For a while the new CD was going to be called "Screaming At The Sun" but it has since evolved into "Stealing The Sun"...twisting the Northwest Indian story of Raven stealing the Moon slightly askew. ;)

I'm about three quarters of the way through production and hope to have all the music completed amd edited by the new year. Luna and Subterranean Bathers will both be present in all their uncompressed CD-quality glory as well as a Serge Modular version of "Wichita Lineman", an a-capella version of "Mother Nature's Son" and some other secret-for-now goodies.

In addition to various and sundry synthesizers, voice will feature prominantly on this release.

Further updates will be forthcoming...
Posted by Carbon111

Natural manifestations of things like electricity and magnetism must have seemed pretty supernatural to ancient peoples.

"Supernatural" is a word with a lot of baggage. So much depends on how we define these "loaded" concepts. Take "God" for example. That could mean anything dependant on how you define it. Maybe the universe itself is in some way sentient - does that qualify as "God"? Could it affect our lives in any direct way? And if it couldn't, would it still be God? Would it matter?

Or how about "Magic"? If you define it as "causing change to occur in the physical world by the power of one's will", then the creation of a webpage could be seen as magic...I use my wand (keyboard) to create incantations (blogs) and I conjure arcane spirits (HTML) to spread them, etc.

Though I am for the most part a confirmed sceptic, I have seen and experienced some pretty weird things. I think it's healthy to reserve a shadow of a doubt for phenomena that are recurring but not currently explicable with known science. However, all observations of these phenomena should be conducted using the scientific method to keep ones "wishes and daydreams" well out of it.

Ritual, Epiphany and Mythos are extremely healthy things that, if properly directed, can help us be more completely human. Being a realist doesn't automatically mean you can't partake in the Transcendent. I know I certainly do.

That doesn't mean, however, that I'll ignore scientifically demonstrable proof in lieu of "faith" - that can lead down the path of zealotry or, even worse, you could find yourself amongst a bunch of people standing in long robes in the Arizona desert...waiting for the Mothership to land. But, hey, you never know. ;) 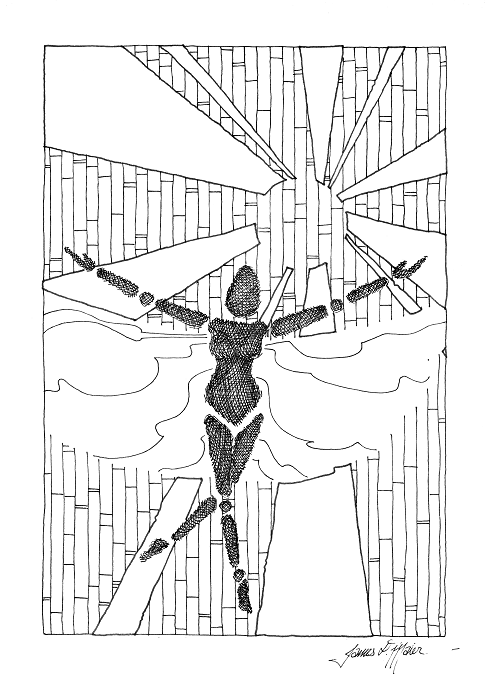